Considering a divorce?  Concerned you might be served a divorce? 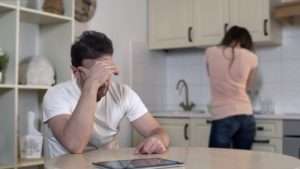 Divorce is the process by which a marriage is legally ended and marital assets and debts are dealt with.

One spouse, called the”Plaintiff,” files with the court a legal paper called a “Complaint”. The complaint states what type of divorce is being sought and may also state that the plaintiff is seeking other things, like support, alimony, custody, and a property settlement.

In Pennsylvania, a divorce can be granted by the court as either fault or no-fault. Most often Pennsylvania divorces are granted as no-fault in cases where the parties have irreconcilable differences. This is the quickest and easiest way to get a divorce. Some divorces, however, are granted based on the “fault” of one of the parties. Fault grounds include malicious desertion, adultery, imprisonment and/or indignities. Cases range from the simple and uncontested to the complex. An action for divorce is commenced with the filing of a Complaint in the Court of Common Pleas. In addition to requesting the court to grant a dissolve the marriage, the complaint may also include claims involving the following issues:

There are 4 basic types of divorce in Pennsylvania. The first 2 are no-fault (you don’t have to prove that the breakup was your spouse’s fault).

1) Mutual consent: This is the most common type of Pennsylvania divorce. Ninety (90) days after the divorce complaint has been served upon the Defendant, both parties can file an affidavit consenting to the divorce. The judge can then grant the divorce. During the 90 days, the attorneys may try to work out a written settlement agreement about issues like custody, support, alimony, and a property settlement. The parties can sign a written Separation Agreement, which the Judge can adopt as an Order of Court. If an agreement cannot be reached on these issues, there can be a hearing and the court will decide these issues.

2) A one-year separation: This is also a no-fault divorce. If one of the parties refuses to sign an affidavit consenting to the divorce, the other party can wait until the parties have been separated for one year. Then the party who wants the divorce can sign an affidavit stating that the parties have been separated for at least one year and that the marriage is irretrievably broken. The affidavit must be served upon the other party. If that party fails to respond, the court can grant the divorce. However, if a counter-affidavit is filed denying the one-year separation or denying that the marriage is irretrievably broken, a hearing will be held and the court will decide if the parties are entitled to a divorce.

4) Mental hospital: The court can grant a divorce if the defendant has been in a mental hospital for the last 18 months and is expected to remain there for at least 18 more months.

Can the Court stop my spouse from taking, hiding or wasting marital assets?

Yes, once a complaint is filed, the court has the power to do this. If your spouse has already dissipated some of the marital assets, he or she may have to account for them later (such as by paying you your fair share of those items).

Will You Have To Go To Court?

You may complete the entire process without ever having to go to court.  Often times each party will retain the services of an attorney and the attorneys will exchange information and negotiate a settlement of all issues in your case.  This settlement becomes a written court order and your case is completed.  Other times the couple getting divorced has already agreed on what they want to do before ever seeing the lawyer.  In this situation, the lawyer sees to it that the proper paperwork is processed according to the rules of the court and makes sure that you will not have any problems in the future.  In all cases, an attorney is necessary to ensure that you are treated fairly and that your case is handled properly so that you will not have future problems.

What happens to the home when both parties are on the deed and mortgage? …..What happens to a pension or retirement plan?  …..Who is responsible for debts?

These are questions that I can answer. Because a lot of people are using the courts, the process is backed up and takes a long time – months and even years. It can be expensive, in terms of time and dollars and can be very stressful. I think the court should be a last resort in divorce and family law cases. I am an experienced trial lawyer, and will not hesitate to take a matter to court and vigorously assert your rights when necessary. But usually, I find that it is in your best interest to avoid trials by putting pressure on the other side to compromise. Of course, you need to be fully involved in making those decisions that will so profoundly affect your life. I will explore with you the various options available, to find the approach that will work best for you and your family. My experience and reputation usually result in your Pennsylvania divorce case being resolved fairly without a trial and at a much lower cost to you.